HOW TO LEARN MULTIPLE FOREIGN LANGUAGES WITH JUST ONE APP | DUOLINGO

HOW TO LEARN MULTIPLE FOREIGN LANGUAGES WITH JUST ONE APP | DUOLINGO, DUOLINGO apk, app to learn French and Spanis, app to learn all languages, 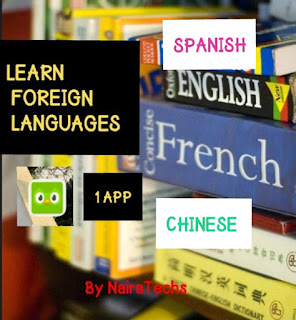 OK this is the new app I just fell in love with, it was introduced by a brother of mine " Jetty ". The app am talking about right now is DUOLINGO , a software for both Android and iOS users which allows users to study, learn and even practice the speaking of foreign languages. Am going to be showing you begin the use of this app after which you will speak and hear this foreign languages. In today world it is advisable for one to know more than one language both local and international languages by local I mean your home land, there are benefits of knowing other part of the world languages, it might secure and get one a job abroad, it might even help save one's life and the most important thing to be able to communicate with other people outside your home land.

⏹️ HOW TO USE DUOLINGO TO LEARN FOREIGN LANGUAGES

Duolingo is the mobile application to learn and practice foreign languages like French, Spanish, Chinese, Japanese and every other languages you desire to know. Duolingo is going to teach you this foreign languages from basics so it will be easy to understand, the app won't just be teaching you but also setting tests in [ options, filling the gaps, typing and vocal ] format for you. This app is very advisable and the best mobile application to study your desired language which will help prepare you for any travel and tourism to foreign countries.

HOW TO USE DUOLINGO TO STUDY FOREIGN LANGUAGES

2. Open the app and register an account, use your real details. 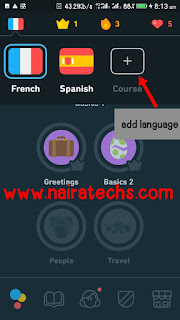 Choose language you want, I went for two at first [ French and Spanish ]. 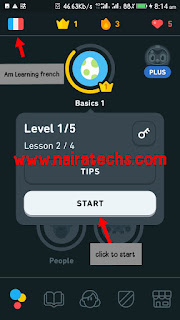 Start learning and taking test questions on what you have learnt per class you take. 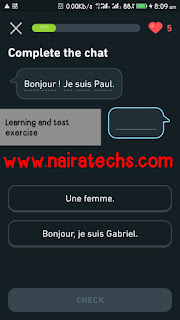 #NOTE : Be aware that the app will always send you notifications daily so you can remember to learn each day. 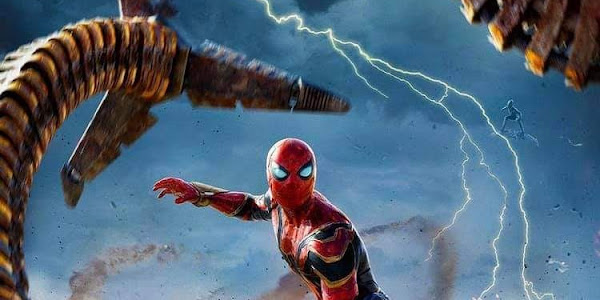