Terra, a blockchain developed by the Korean firm Terraform Labs, has a native token called LUNA. Through the private sale of LUNA coins, a total of $32 million was raised to fund this development. Centralized sources of the investment are Huobi, Binance, and OKEx.

Daniel Shin, a Korean writer and renowned entrepreneur and investor who graduated from the Wharton School of Economics in Philadelphia and founded HOF, a fintech portfolio company, led the founding team.

LUNA debuted in 2019 and quickly became one of the most successful decentralized finance coins. CoinMarketCap once ranked it eighth in terms of market capitalization. Since the recent crash, it has fallen to 214th place as of June 1, 2022.

Terra is an open-source blockchain payment platform for an algorithmic stablecoin, which is a cryptocurrency that tracks the price of currencies or other assets automatically. Terra stablecoins can be instantly spent, saved, traded, or exchanged using the Terra blockchain.

The Terra protocol generates stablecoins that are designed to track the price of a fiat currency on a consistent basis (a government-backed currency such as the U.S. dollar or euro). It is made up of two cryptocurrency tokens: Terra and Luna. Terra is a payment system that is built on top of a blockchain. It was created by Terraform Labs, a South Korean company founded in 2018 by Do Kwon and Daniel Shin.

Do Kwon previously worked for Microsoft and Apple before launching Anyfi, a company that provided decentralized wireless mesh networking solutions. Shin is the founder and CEO of Chai, an Asian payment technology company and Terra partner, as well as the co-founder of TMON, also known as Ticket Monster, a Korean e-commerce firm.

The Luna Coin Price Prediction is $0.000191 per 1 Luna Coin. Crypto Coins aren’t stable, this is probably determined by demand and supply and low of investments in it.

HOW DOES TERRA (LUNA) WORK?

The Terra blockchain was designed to create stablecoins, which combine the decentralized freedom of cryptocurrencies with the stability of fiat money. This system relied heavily on LUNA, which was described as a staking or protocol token. To achieve this goal, the blockchain used a dual token system comprised of the stablecoin TerraUSD (UST) and LUNA. USTs were created by burning luna and could be exchanged for luna.

The idea was that if the UST value exceeded $1, the equivalent amount of LUNA would be burned, resulting in more UST being mint, making it less valuable. If the price of UST fell below $1, it was exchanged for LUNA, making UST more valuable.

Because they rely on each other for stability, this relationship has been compared to that of the Sun and the Earth. Burning LUNA coins was critical to this dynamic because it incentivized users by giving LUNA value and, in theory, stability to the UST.

There was a limit of one billion Luna coins in circulation prior to the crash in May 2022, and this number was exceeded, making Luna burn. According to CoinMarketCap, the original LUNA, now renamed LUNC, has a circulating supply of 6.531 trillion as of June 1, 2022.

#SEE : DOGEMAXMINING TO MINE AND EARN DOGE COIN ON LOW INVESTMENT

How Many Luna Coins Are Available?

According to CoinMarketCap, there are currently 6.531 trillion original LUNA tokens in circulation.

WHAT IS THE PURPOSE OF THE LUNA COIN?

For those who are unfamiliar with Terra LUNA, it is a protocol token used to reduce the volatility of the stablecoins on the Terra blockchain. It is part of a dual token system with terraUSD; in order to mint more terraUSD, the corresponding amount of luna must be burned. This supposedly kept the terraUSD stable and gave the luna its value—until recently.

WHAT IS THE DIFFERENCE BETWEEN TERRA AND LUNA?

The Terra blockchain is home to the LUNA coin and its associated stablecoins, including TerraUSD.

SHOULD I BUY LUNA COINS?

You can, but most exchanges have delisted the cryptocurrency; it is still available on a few, including FTX. Remember that the cryptocurrency market can be volatile, as evidenced by the Luna crash in May 2022. Before investing, always conduct your own research, and never invest more than you can afford to lose.

What Is Terra In Crypto?

Terra is one of two tokens used as a payment method on the Terra blockchain. It is linked to various fiat currencies via algorithms.

Is UST A Stablecoin?

TerraUS (UST) is a stablecoin because it is algorithmically linked to the US dollar and is designed to maintain value. It did, however, lose its link on May 9, 2022.

WHAT ISSUES DOES TERRA (LUNA) ADDRESS?

Terra aims to solve many of the problems that the world’s top stablecoins are currently facing. For starters, the network wishes to reduce market centralization. Terra’s protocol, unlike the competition, works across multiple blockchains. Through its open financial infrastructure, the network also aims to remove technical constraints on these assets.

#SEE : BEE COIN LIKE PI COIN TO MINE AND EARN BEE FOR FREE (KYC STARTED!)

Terra (LUNA) provides numerous advantages to the market. It is ideal for the digital economy due to its decentralized and less permission nature. The network provides competitive programmable payments, logistics, and an infrastructure designed to simplify the development of stablecoins.

Terra’s agenda is centered on development. The network enables developers to create smart contracts in Rust, Go, or AssemblyScript.

Terra is all about collaboration. The network is intended to run on multiple chains that are linked by the Cosmos IBC. Terra is currently available on Ethereum and Solana.

Terra’s development team prioritized the creation of a transparent ecosystem. The network was designed from the ground up to replace the convoluted payment value chain. Terra, in particular, uses a single blockchain layer to reduce or eliminate the need for credit card networks, banks, and payment gateways.

Are The Terra Usd And Luna Coins The Same Currency?

You may have heard of TerraUSD and Luna; here is a brief explanation of what they are. There were many moving parts within the Luna network prior to its collapse. TerraUSD (also known as UST) and Luna are sister coins that operate on the same blockchain. 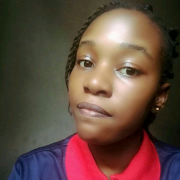 Airdrops That Pay Instantly In 2022

eToro Review: How To Buy Bitcoin and Other Crypto on Etoro Wallet