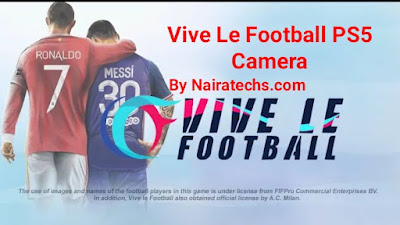 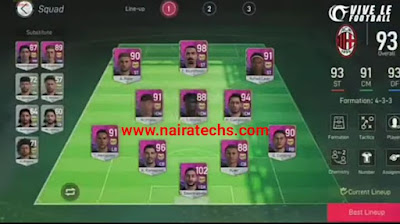 Just recently NairaTechs has been busy with dropping more Football games than any other games available on this platform. We’ll it’s not us but our visitors demand for football games and now we are releasing another unique kind of football game, other than Dream league Soccer, Pes Game and FIFA game. The new game we are going to be sharing is called Vive Le Football which was developed by NetEase Games and designed for Asians, tons of China, Thailand, Philippines and some other. 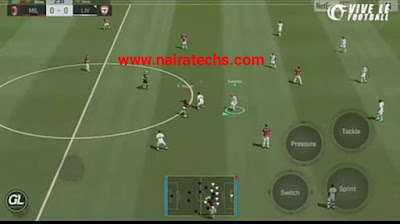 Just so you know, the principal goal of this Vive Le Football game is to begin your own football carrier, build and manage your football team and definitely see to winning matches, together with league tournaments at the season’s end.

WHAT TO NOTE ABOUT VIVE LE FOOTBALL GAME

When you begin playing Vive Le Football on your mobile, you will find out that the Vive Le Football Apk is just another real world football simulation game, which makes it so much related to the soccer game, “Dream League Soccer (DLS)“.

It is quite easy to comprehend the Vive Le Football Apk control game pads on screen buttons and also make use of it, there isn’t much different between it control and that of FIFA 2022 that’d be if you’ve played the game before. Some of Vive Le Football game control buttons are shot, pass, sprint, skills button.

Vive le football game do not suggest low-end devices which may not be able to play it smoothly as expected. 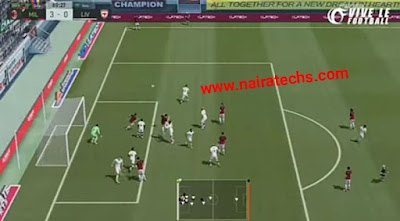 WHERE TO DOWNLOAD VIVE LE FOOTBALL AND PLAY THE GAME OFFLINE

To play Vive Le Football game latest version on your mobile phone, you need to download all the necessary game files (Apk+Obb+Data) which is available on NairaTechs blog using the link below

Just so you haven’t downloaded the Vive Le Football game already, we advise making you use this recommended Internet Download Manager so if unluckily you experience network failure which might cause download error but with an internet download manager, you can resume and pause download of any file at any time you wish.

1. First make sure you have downloaded the game file using this recommended Internet Download Manager.

2. Know that to install the internet download manager, you need to enable installation of unknown sources on your device settings.

3. Now to the Vive le football game play, download and use Zarchiver Pro app to extract the game files.